So we’re back after our summer break and as promised, we got some sports memories on tap.

Helmets! We don’t need no stinkin’ helmets! Stubby is in the top row, far right. Click the photo to zoom.

Here is a photos from what I believe is the 1922 Morris Harvey College (later renamed the University of Charleston) football team from Barboursville, West Virginia. Stubby was not a player but was a coach or manager. The Dad points out that the ole Stub Man had colored his outfit in black ink because he was embarrassed by his duds. 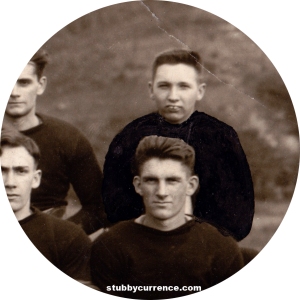 All covered in ink!

That sounded like a challenge. So I dug around and found an undoctored version of the same photo. 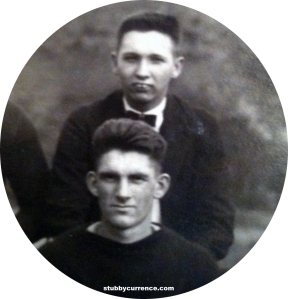 I have some other documentation to go through to match up who is who in this team photo. Stay tuned!